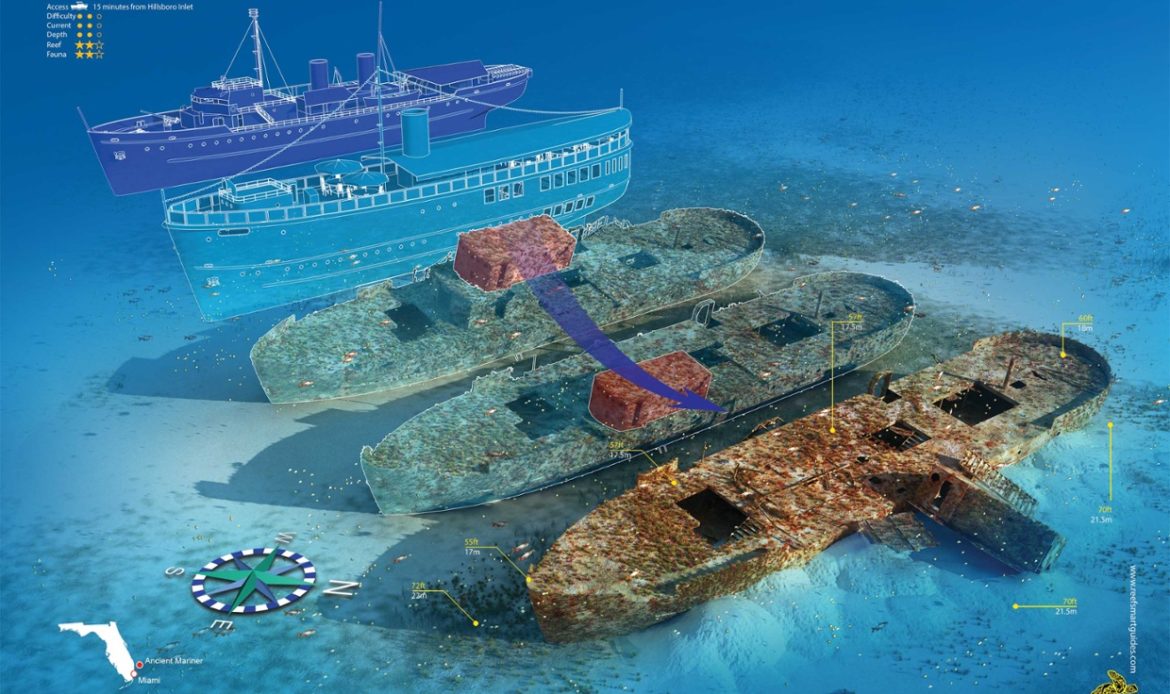 Originally built as the USCG Cutter Nemesis, she served as a sub chaser during WW2. She was decommissioned in 1964 and later converted in 1981 into a floating restaurant known as the Ancient Mariner. The MV Ancient Mariner was sunk as an artificial reef on June 9, 1991 as part of the Broward Reef program. The 165- foot Cutter rests in 70 feet of water. The ship is upright with a slight list to the port side. The Ancient Mariner is covered with sea life. Due to the close proximity to the reef, fish move back and forth between the two. The aft deck is collapsed, the best penetration is forward. Off the bow, divers can swim 150 degrees 150’ and find the Berry Patch Tug, a large harbor tug boat.  On the swim to the tug, you will be able to see the hull of a smaller nondescript wreck, commonly known as the Mariner. Also south of the tug is the 100’ Quallman Barge, sunk in 2000 as an artificial reef.