One of the most popular wreck dive sites, Captain Dan is located in Shipwreck Park Pompano, between the RSB-1 wreck to the north and the wreck of the Guy Harvey to the south. The 175-foot USCG tender named Hollyhock began its life as an icebreaker in Lake Michigan. She was reassigned to Detroit in 1950 and then to Miami in 1962. While in Miami she was used by the US Air Force to refuel seaplanes in the Bahamas. Decommissioned in 1982 after 45 years of service, she was sold and renamed a couple more times before finally being sunk in February of 1990. Captain Dan was named in memory of a long-time Broward County resident and local charter fishing pioneer, Capt. Dan Garnsey. The sinking was delayed for more than a month because, ironically, the high seas caused by January storms were too rough to sink a ship.  The deck level is just over 90’ deep and the wheelhouse at 77’, most divers can circle the entire wreck on one tank. The wreck is covered in corals and sponges and has several large holes with plenty of access inside the structure. An abundance of marine life is present on Captain Dan and Goliath grouper, barracuda, jacks, and snapper are common. 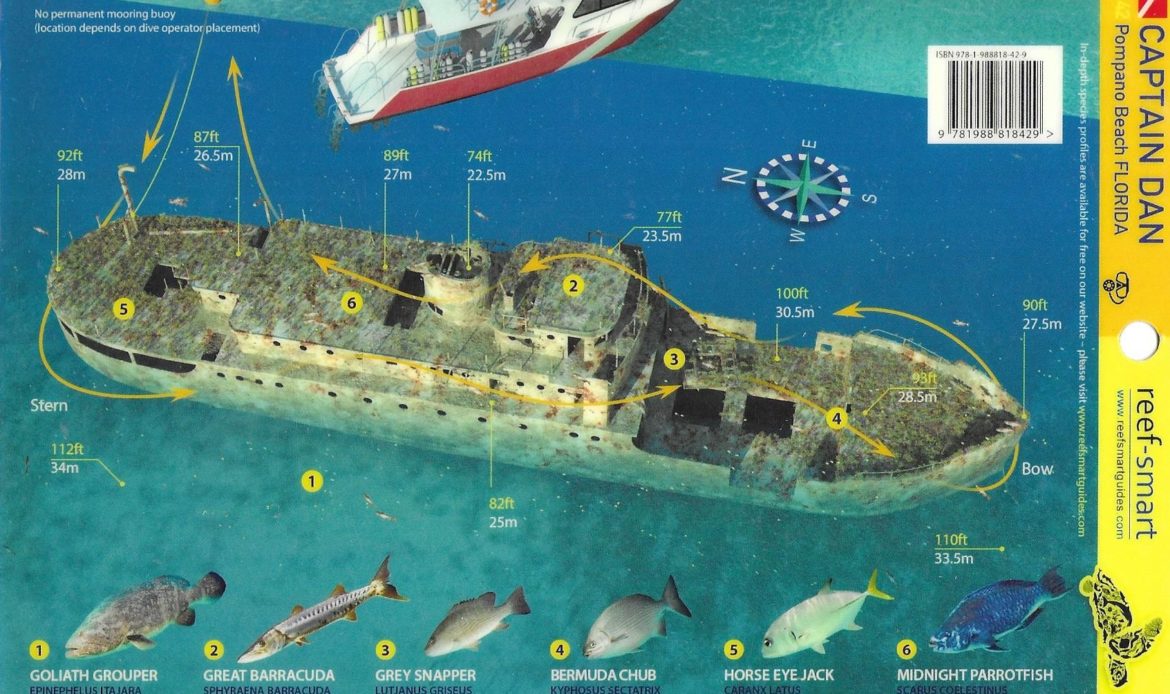