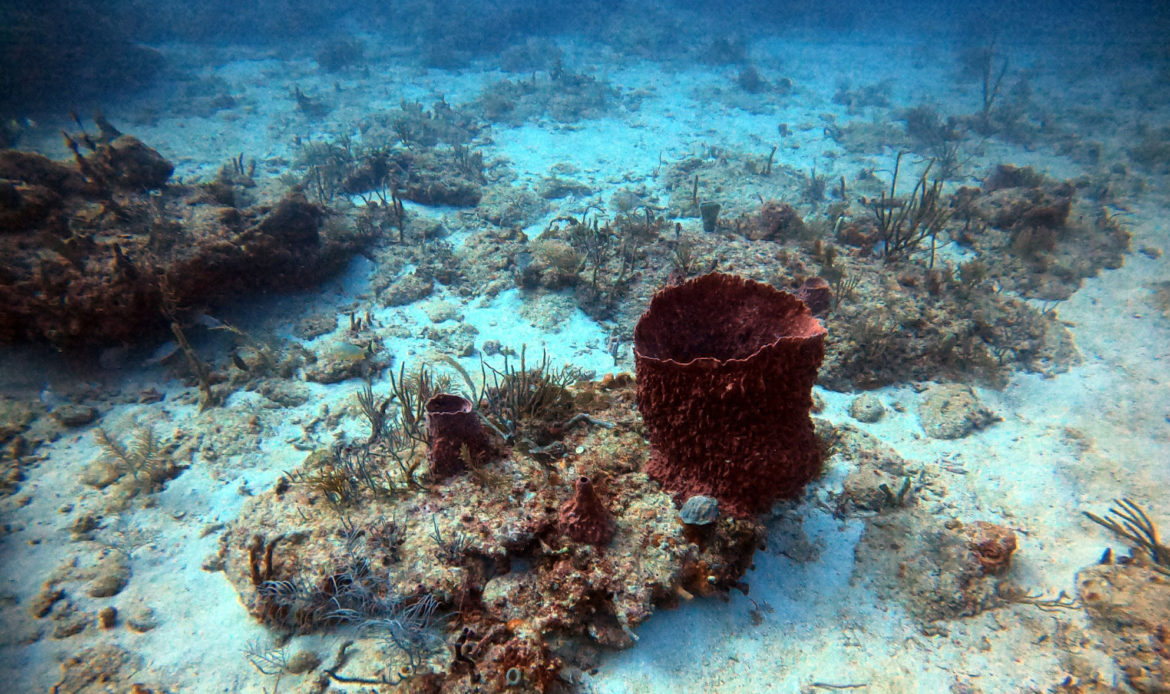 Grouper Bend Reef is a section of the outer reef that runs parallel to the Broward County coastline, just a mile offshore. It gets its name from the groupers that frequent the deeper, eastern edge of the reef.  The spur and groove formations of the reef were formed during the last Ice Age when the sea level was much lower. The reef crests at around 45-50’, falling off to both east and the west. The western facing ledge drops off to 72ft to the sand. There is a false ledge to the west of the main ledge. If you venture eastward from the main ledge, you will find deeper spurs and grooves, and eventually, reach the edge of the reef at 97’.