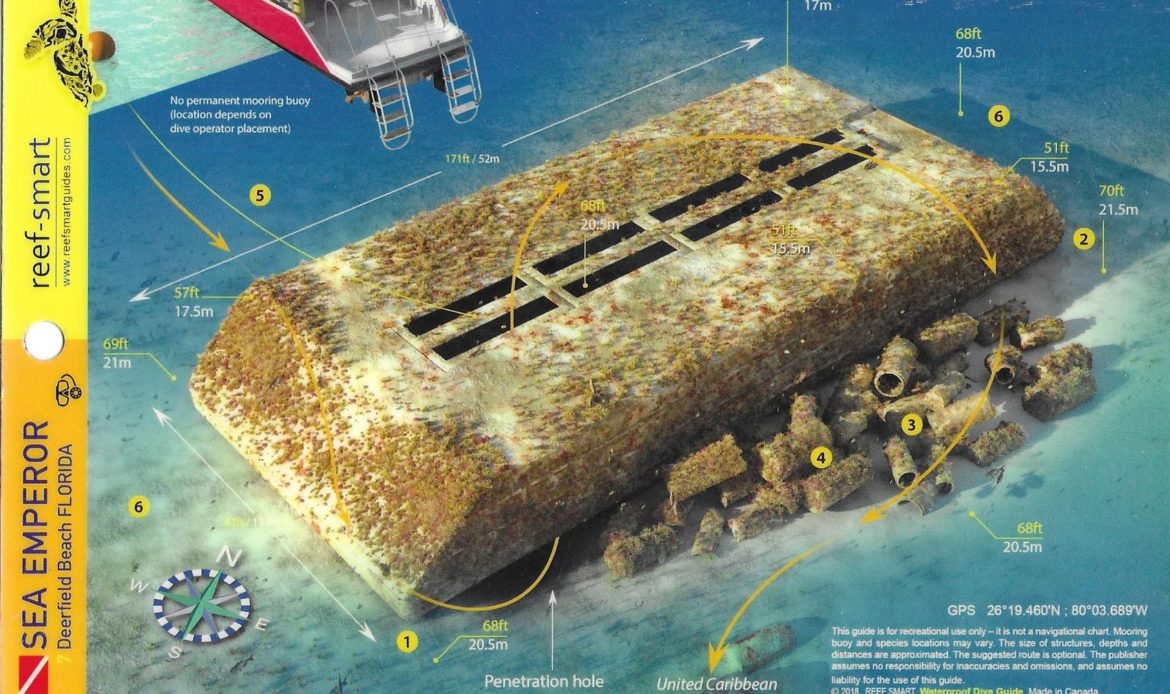 The 171 foot long Sea Emperor hopper barge, donated by a dredging company, was deliberately sunk as an artificial reef, along with 1,600 tons of concrete drainage culverts in 72 feet of water. When the wreck was deployed, she turned upside down and the pipes were scattered around the seafloor, which attracted and provided homes to a multitude of crabs, shrimp, corals, and sponges.  Nicknamed the Aqua Zoo, the site not only offers divers an opportunity to see all of the small critters, the wreck’s larger inhabitants bring divers from all over the world to this ultimate interactive experience. Divers can expect to interact with Southern Stingrays, Goliath Groupers, Green Moray Eels, and Nurse Sharks. The Sea Emperor has been named, “the stingray dive you can drive to” by Skin Diver Magazine. The Aqua Zoo has also been featured on numerous television shows around the world including “Wild Things” and “Adventure Crazy.” The wreck can be safely penetrated via multiple access points, and light filters into all chambers. Just 300’ south of the Aqua Zoo is the United Caribbean wreck, you can follow a coral and rock trail and make this a two wreck dive.