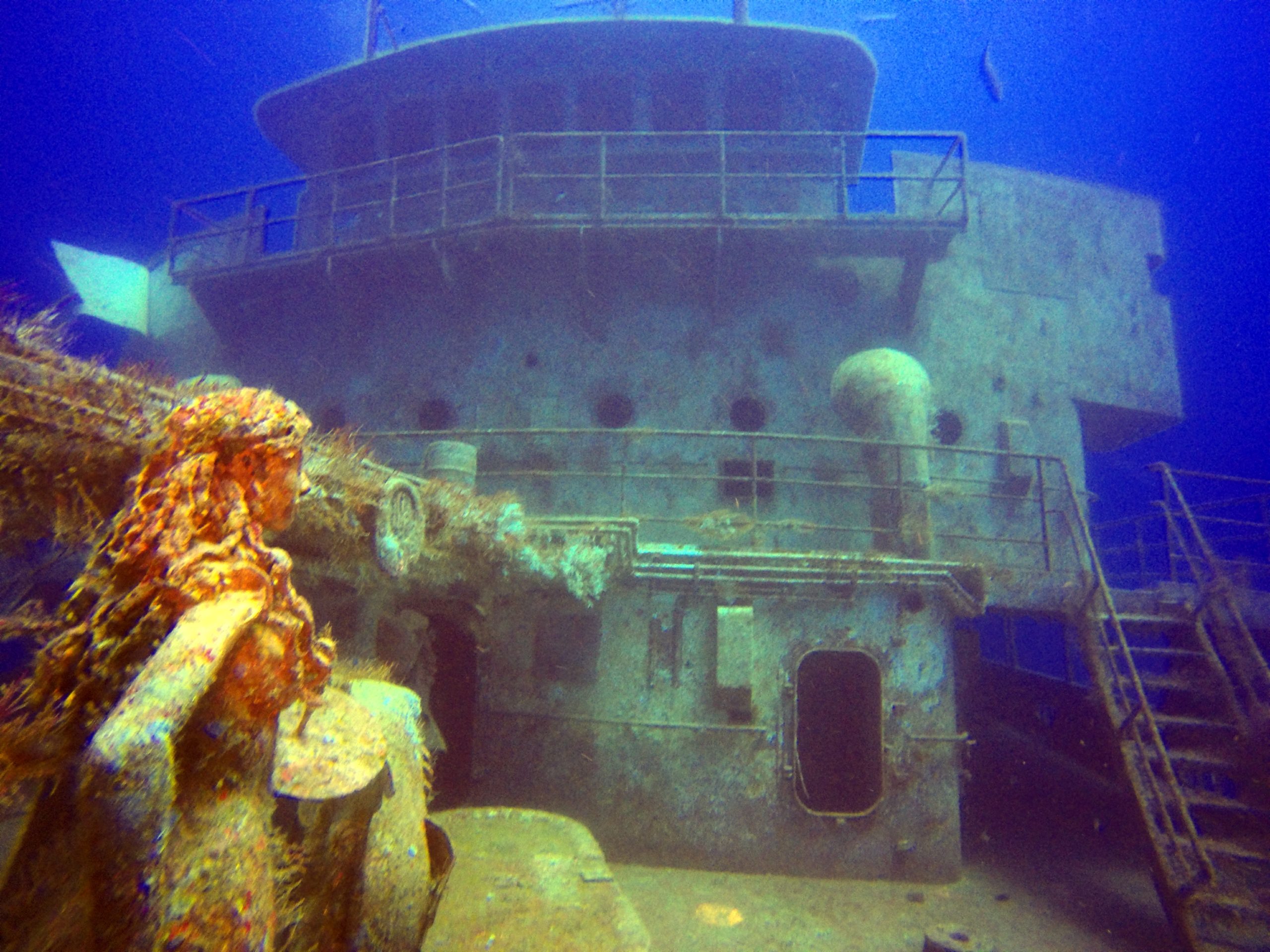 The Lady Luck originally named the Newton Creek was built in 1967 by Wiley manufacturing company in Philadelphia. The ship was built as a sewage tanker (Honey Tanker) and operated in New York Harbor for nearly 50 years. The Newtown Creek was decommissioned in the summer of 2014 and put up for auction by the City of New York. On March 1, 2016 Shipwreck Park Foundation of Pompano Beach purchased the New Town Creek from NYC, thanks to generous donations from the Isle Casino Racing and the City of Pompano Beach. After several delays, on April 18, 2016, the ship was towed from NY arriving in Miami on April 24, 2016.

The ship was sponsored by the Isle Casino and as soon as it arrived, crews began preparing the ship for its final resting place in shipwreck Park Pompano Beach. I’ll casino hired artist Dennis McDonald to create a casino theme on board the ship. With all of the things that you may find in a casino such as slot machines, card tables with card sharks, craps tables with octopuses and giant dice and chips spread around the ship. After completion of all the alterations and final inspections of the Lady Luck she was towed out to her final resting spot on July 23, 2016. The scheduled scuttling of the ship was supposed to happen around 2 PM however due to the large crowd that gathered around to watch the sinking the operation was delayed until around 5 PM that day.

The Lady Luck has made an excellent addition to Shipwreck Park and is one of the most popular wrecks in the area due to the casino theme and the abundance of marine life that is established itself around the wreck. It is not uncommon to see Goliath groupers large schools of barracuda and an abundance of schooling fish on the wreck. 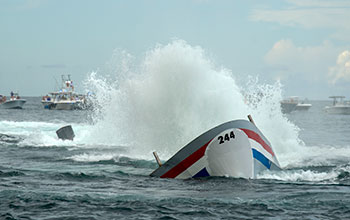 Instead of using explosions to sink the ship, engineers pumped in water gradually. At 3:59 PM, the Lady Luck finally started to lean to its starboard side, and the bow came up a couple of feet. The ship then gently rolled to about 45 degrees on its starboard side, as violent jets of air started blowing out through sections of the ship, from the immense pressure accumulating during its final moments above the water line. Within 30 seconds, the ship was completely submerged and disappeared below the surface, leaving behind a large pool of fizzy bubbles, and a red boat of engineers who were encircling the location. On-board cameras show that it took only about 20 seconds for the Lady Luck to hit the bottom of the ocean, and it rested in its upright position, with the sand at 120 feet. Upon impact, a massive plume of silt engulfed the ship and reduced visibility to zero.

Today she is laying on the bottom filled with corals and surrounded by marine life: 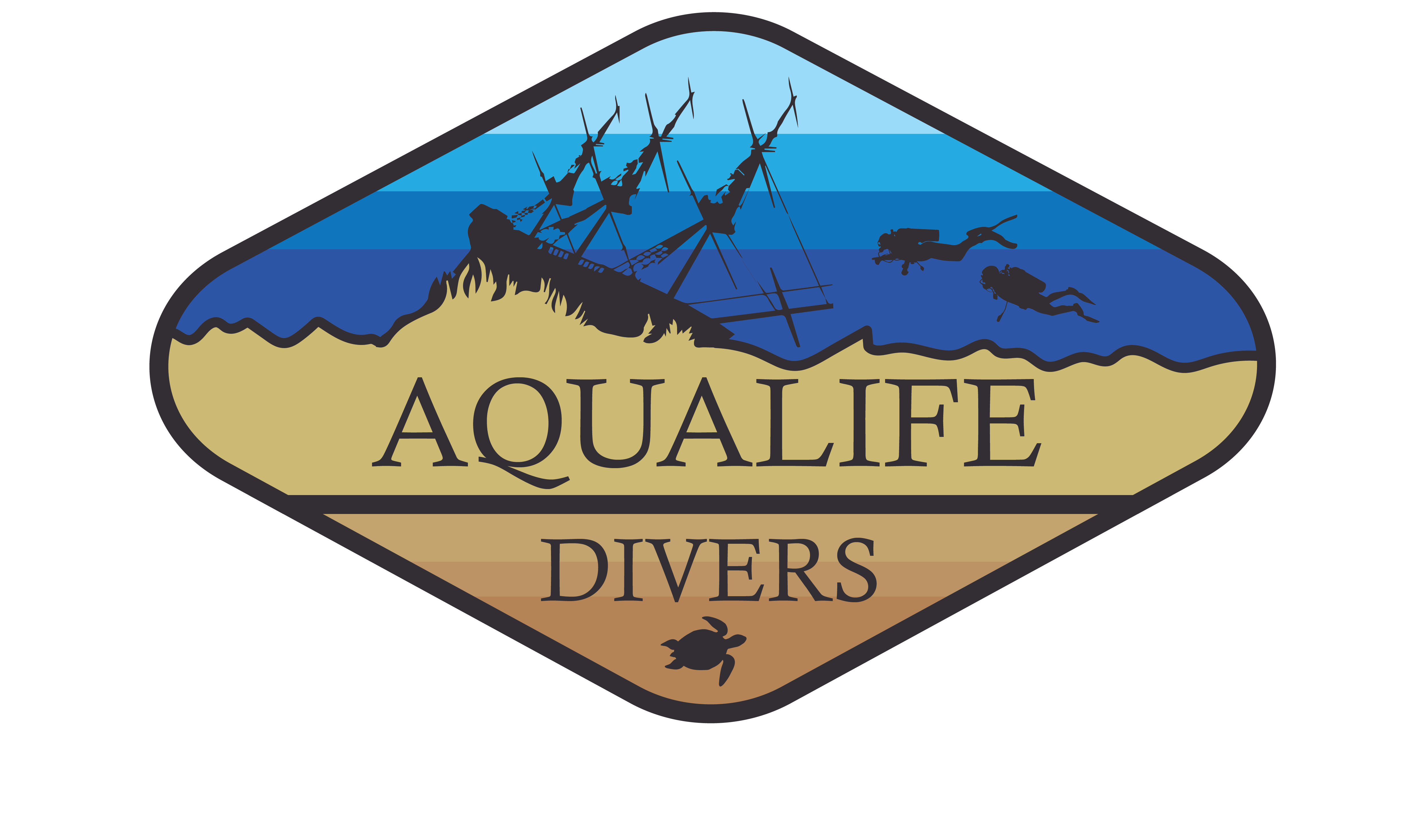